Too Long To Read Now. Enter Info - Get As A PDF + FREE Bonuses

It’s pretty simple, really. If you want to achieve great success, eliminate these bad behavior habits! Don’t Let These Bad Habits Get In Your Way

All too often the list we get to read is all about success. And so it should be, but … what about those crappy behaviors that trip us up, daily, weekly or for years! I came across this guy Bill Murphy Jr. and so much liked his take on the world that I“m going to share part of his work here.

When you see his site you`ll also get to experience the list of positive habits we all need to grow and develop. 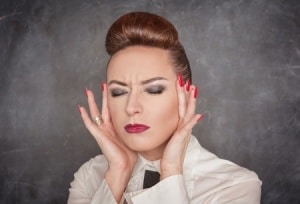 But awareness of these ‘negative traits’ that permeate our experiences need to be highlighted and eliminated. Obvious bad behaviors can quite easily be removed with focused awareness. New thinking patterns will determine bring success. The obvious outcomes will be that we feel better and will work better in the role that we have in our working world.  NOT to mention our acceptability ranking will soar in our more personal interactions.

Check out Bill`s first part her and then go to his site to see more.

Here, we’re talking about ignoring problems or issues that are uncomfortable to deal with–hiding one’s head in the sand. An officer I worked for in the army used to say that bad news is the opposite of wine–it rarely gets better with age. Unfortunately, some really unsuccessful people just can’t deal with the stress of modern life, so they ignore problems and hope they’ll go away. It rarely works.

Unsuccessful people are often unhappy as a result of refusing to take responsibility for their lack of effort and achievement. They compensate by trying to pull down the achievements of others. It all stems from their jealousy of those who put in the work, take smart risks, and achieve more success in their lives. It’s an exhausting way to live, and it rarely leads to anything good.

Envy leads to resentment. Many unsuccessful people nevertheless have to live and work among others who achieve more than they do. Their resentment manifests itself in several ways, but one of the most insidious is by acting passive aggressively. (Know anyone like this? Maybe you understand them a bit better now.)

Related to passive-aggressiveness, unsuccessful and envious people often play along at being a part of a team working together toward a goal–but the key phrase here is “play along at.” Have you ever gotten together with a few friends to help someone move, for example, only to find there’s one guy in the group who carries half the load of everyone else, and twice as slowly? (He’s probably first in line for pizza and beer afterward, too.) That’s slow-playing.